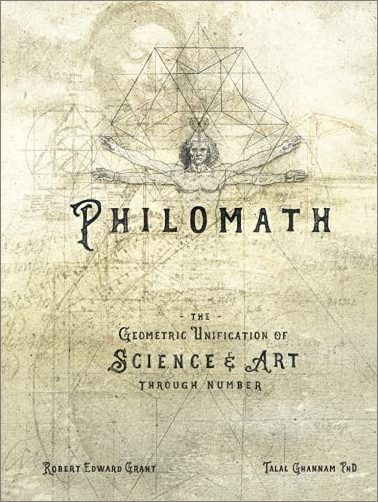 Unifying the various scientific disciplines under one consistent theory is neither an impossible endeavor nor the Holy Grail, as it is often referred to. Since the dawn of history, scientists, philosophers, and sages have always pursued knowledge with an holistic instinct, believing staunchly in its universality and interconnectedness; it cannot nor should it be fragmented. Unfortunately, for about 100 years or more, the academic mentality has oriented toward extreme fragmentation and specialization of the scientific fields. This methodology has served humanity for some time; however, its narrow-mindedness and destructive side effects have become increasingly obvious, if not alarming. In this book, the authors try to bridge the virtual gaps that plagued the scientific process by utilizing the most fundamental branches of mathematics. Through the unification of numbers and geometry, they will strip disciplines like physics and the fundamental constants, music, geometry, prime number theory, as well as enigmatic concepts like the wave-particle duality, down to their quintessential essences, showing them all to be interconnected, emerging from few basic and simple geo-numerical laws that underlie the entire fabric of space and time. The whole process of unification is similar to an alchemical transformation where both sides of the brain become harmonious and hypersensitive to all subtle thoughts and observations, and where consciousness becomes more self-aware, attaining higher levels of understanding, morality, as well as respect towards oneself and the world.This book is just a small attempt by two knowledge seekers and numbers lovers (Philomath) who see in this new approach, or better put, old approach to knowledge, a much-needed new renaissance for both the academic and the corporate sector alike, ushering a new era that will steer our civilization away from its self-destructive path, toward a better life for humanity, and for many generations to come.